Nigel Gosling, ballet critic of The Observer, wrote this piece for the introduction to an illustrated catalogue of ‘Stage Design’, accompanying a public exhibition held in Melbourne in 1969, where works by Barry Kay were shown.

Given that Gosling wrote the article well before the end of the 20th century, his references to the “Twenties” and the “Nineties” obviously relate to the 1920s and 1890s.

Sixty years ago Diaghilev electrified Europe by presenting operas and ballets designed, not by craftsmen trained to imitate marble pillars and russet foliage, but by artists. The liberating effect was immense, but in point of fact neither Appia, Bakst nor Gordon Craig – three vital influences on the theatre – had any reputation as painters. A committed interest in the theatre seems to be as essential as an aesthetic flair. Today when designers share the same sophisticated background and wide interest as easel-artists or sculptors, the same still holds good. Typical of the work of Barry Kay is his lively awareness of contemporary problems and preoccupation with skills in a highly technical craft.

He started as a painter, spending two years at the famous Atelier Julien [Académie Julian; ed] in Paris as soon as he left Australia. Looking back on those formative years, he says that they were influenced by the neo-romantic currents of the period. It was probably this trend which led to his passionate interest in the theatre. His first-ever designs were for Walter Gore’s ballet company. Soon afterwards he moved to London, where he has designed for, amongst others, the Old Vic, Covent Garden, Sadler’s Wells and many international opera houses.

In the Fifties, stage design – anyway in London – was still under the influence of the ‘painterly’ tradition left behind by Diaghilev. But Kay – a thoughtful worker who likes to ponder over a commission for a long time before beginning – was not satisfied by the rather glib solutions which sometimes resulted. He wanted to exploit more deeply the area, or more strictly the volume, offered by the stage. The first result of these cogitations was his Measure for Measure at the Old Vic in 1957. For this he devised a tiered structure in wood and metal. 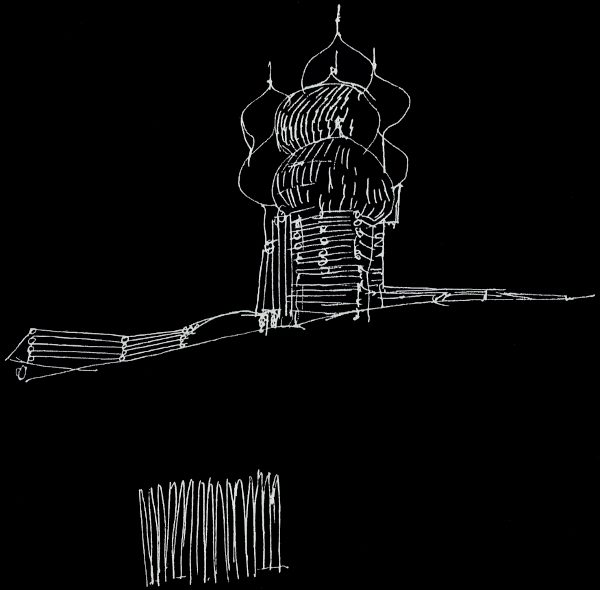 He was in the world of the constructed, as opposed to the painted, set; and inevitably he became interested in the experiments of the Constructivist designers of the Twenties. Not that he has been directly influenced by them – he has developed an altogether more delicate personal approach, which combines the bold spatial explorations of those pioneers with a romantic, atmospheric sense which would have been alien to them.

There is an element of expressionism in much of his work, but is always fined down and kept under control. He rarely used the massive knock-out stroke; more typical is a tracery of nervous but accurately judged line rather similar to those in a drawing by Klee – a blend of instinct and engineering which offers wide opportunities to the producer while always satisfying the eye of the audience.

Kay is not – as the early Constructivists were – afraid of rich effects and lavish detail. For instance, in the elaborate designs for Kenneth MacMillan’s Sleeping Beauty for the Berlin Opera [Deutsche Oper Berlin; ed] he delicately aimed at a dazzling splendour matching the extravagances of the Tsarist court of the Nineties, and he enjoys designing costumes filled with ornament. His drawings are free and evocative; but when they are carried out he has a fantastic preoccupation with correct detail, as many a harassed costume-maker knows.

It is this flair for a general effect – an effect which proceeds from patient research, whose full fruits are translated into an equivalent in terms of his master-plan – combined with an intense care for the smallest detail of texture, design, lighting, cut or fit, which gives Kay’s work its special quality. That, and a range which stretches from freest invention to disciplined realism. Perhaps it simply all boils down to the gift I mentioned earlier as an absolute prerequisite for any stage designer – a born sense of the theatre and a thorough understanding of the ways in which it works.