In our opinion, the obituary by Charles Spencer was hurriedly and cursorily written, lacking due diligence and genuine interest. Given that he and Barry Kay were good friends for many years, who also collaborated professionally on numerous occasions, it is deplorable that the obituary, the only original one, contains a number of omissions and unforgivable inaccuracies – all the more so as they have evidently been copied by others around the world. Kay certainly deserved better than that! 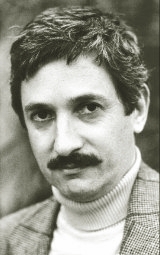 Born in Melbourne, Kay studied music in Switzerland and art in Paris, remaining a great admirer of the brilliant generation of stage designers which included Bérard and Clavé.

He started his career in Britain with Western Theatre Ballet, and went on to contribute to a wide variety of productions for the Aldeburgh Festival, the Old Vic, the Royal Shakespeare Company and others. His operatic work includes the current production of Die Meistersinger [von Nürnberg; ed] at Covent Garden.

His greatest achievements however were in ballet, in collaboration with Nureyev and Sir Kenneth MacMillan. With the former he staged a brilliant Raymonda [Act III; ed] still in the repertoire of the Royal Ballet, and a famous version of Don Quixote for the Australian National Ballet [The Australian Ballet; ed], including the 1983 [1973; ed] film version with Robert Helpman as the Don.

Kay’s finest work was undoubtedly done with MacMillan, with whom he shared a profound musicality, and a deep interest in the irrationality of human expectations. In a series of works for the Royal Ballet, and later for Stuttgart and Berlin, Kay overcame the limitations of conventional settings by inventing three-dimensional structures echoing the human structures of MacMillan’s complex dance movements.

From the Shakespearean ballet, Images of Love, to the satirical Solitaire, Kay found entertaining variations on this theme. His masterpiece was Anastasia, originally a one-act ballet for Berlin in 1967, expanded to three acts for the Royal Ballet, in 1971. The original concept of a swirling aerial screen on which Anastasia projected her memories, was literally breathtaking.

To this inventiveness Kay added his customary elegance and refinement, in the costumes for the Russian court.

His premature death is particularly tragic days before Anastasia is due to have its New York debut by the American Theatre Ballet [American Ballet Theatre; ed] under Baryshnikov. 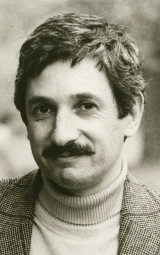 Barry Kay, the Melbourne-born stage designer, has died in London after a short illness. He was 52.Mr Kay began his education in Melbourne and later studied music in Switzerland and art in Paris, settling in London where he lived for 30 years.

He worked with the Western Theatre Ballet and designed for productions at the Aldeburgh Festival, the Old Vic and the Royal Shakespeare Company.

His greatest achievements were in ballet in collaboration with Rudolf Nureyev and the choreographer Sir Kenneth MacMillan. He will be particularly remembered for his sumptuous designs for the The Sleeping Beauty.

In Australia he was best known for his version of Don Quixote for the Australian National Ballet [The Australian Ballet; ed].