The Creation of a Ballet

In this article the ballet critic Charles Spencer reflects upon the creation of Kenneth MacMillan’s ballet Isadora for the Royal Ballet. Barry Kay himself photographed the stills of dancers wearing the costumes he designed for the production. The Sunday Times Magazine published the feature to coincide with the ballet’s world première at the Royal Opera House, opening the Royal Ballet’s fiftieth anniversary season on 30th April 1981.

Kenneth MacMillan’s new ballet Isadora, opening at Covent Garden next week, is a dangerous venture. It has been in gestation since the Sixties, and has preoccupied MacMillan totally for more than 12 months. “The necessity of holding the threads together for a year is nerve-wracking,” he said recently and pointed at the repertory schedule of the Royal Ballet, which rarely leaves leading dancers free for new work.

Choreography is a mysterious art; the seclusion sought by writers or musicians plays no part, since dance can only be composed with and through live dancers. The choreographer is creator and director in one, and if the bodies are not available he cannot function. And they must be the right bodies, since individual dancers inspire subject and form; for years Lynn Seymour has influenced MacMillan’s masterpieces. For Isadora the leads are Merle Park and David Wall, who danced for MacMillan before in Meyerling.

Kenneth MacMillan is a tall, rather dour Scotsman of 52, who progressed from the Sadler’s Wells School of Directorship of the Royal Ballet, and is now its Resident Choreographer. His mature genius is expressed in intuitive sympathy for passionate and tragic human experience, symbolised in inventive and deeply moving dance. He is a private person, not given to confidence, wisely wary of verbalising his preoccupations, and he works best with a few intimate friends, such as the novelist Gillian Freeman, scenarist of Isadora, and its designer Barry Kay.

In an important sense MacMillan is a popular artist; his choreography is certainly taxing to perform, but entirely at the service of story-telling. The influence of cinema is apparent in the dramatic themes, the doomed sex-symbol characters, and the cinematic narrative, with its flow of incident, heightened naturalism and individuality inviting audience identification. These factors explain the world-wide success of his full-length works, Romeo and Juliet, Manon, Meyerling, Anastasia.

Isadora is a ballet about a pioneer dancer, and it is not difficult to understand MacMillan’s attraction for the subject. As a dance-innovator he shares the striving to go beyond 19th-century structure; “She paved the way,” he says, “for others to feel more liberated, to break away from classical dance.” From the drawings and photographs of Isadora, we can never deduce exactly what impressed her contemporaries.

MacMillan will not de-bunk Isadora: “She was a more tragic person than most people appreciate.” The endless love affairs and the tragedies of her life make her an archetypal MacMillan heroine. She said in the autobiography found after her death in 1927, later published as My Life: “I have sometimes been asked whether I consider love higher than art, and I have replied that I cannot separate them …”; and on her art, “I was only endeavouring to express my first knowledge of the underlying tragedy in all seemingly joyous manifestation.”

The problem in any interpretation of Isadora Duncan is to give credence to the disparities – the artist and the exhibitionist, the genuine liberator and the gushing sex-goddess, the fantasist and the victim of suffering.

MacMillan covers the second half of the dancer’s life, from her arrival in England in 1900 to her terrible death by accidental strangulation in 1927. She was of Irish-Scottish-American origin, born in San Francisco in 1878, the child of estranged parents, a psychological scar she shared with two of her lovers, Craig and Esenin [Yesenin], and which might explain her vehement denunciation of marriage.

Her mother had four children and was penniless, so after a few dance lessons Isadora began to teach, graduating to drawing-room performances. At 20 she informed the famous impresario Augustin Daly, “I have discovered the art which has been lost for two thousand years”; and when he gave her a job in the musical play The Geisha she cried, “What’s the good of having me here, with my genius, when you make no use of me?”

With borrowed money she moved the family to London by cattle boat, and when lodging money ran out they progressed to a bench in Green Park. Undaunted she took a suite in a posh London hotel, explaining their luggage would arrive later. After dinner in their rooms, a good night’s sleep, and a hearty breakfast they did a flit at dawn. Acquaintance with an American hostess and another series of house concerts finally led to the famous recital at the smart New Gallery in Regent Street. But she found the English polite and unresponsive; Paris, glittering for the 1900 Exhibition, beckoned. There, she began to learn about sex, when a champagne dinner led to a hotel room. Her virginity was eventually lost in Budapest in 1902, to ‘Romeo’, (an actor playing the role), “who was to transform the chaste nymph that I was into a wild and careless bacchante …” 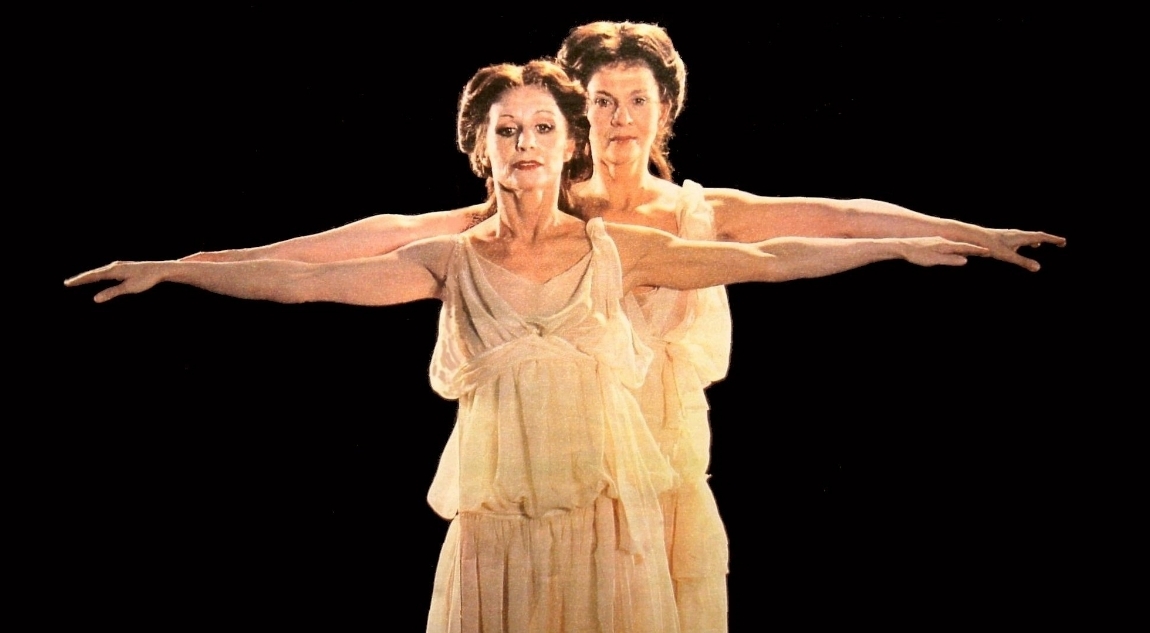 An engagement with Loïe Fuller’s lesbian troupe (included in the ballet) led her to Berlin, to an independent tour, and a meeting with Gordon Craig, whose daughter, Deirdre, she bore in 1906. Her second serious lover was the Russian poet Sergei Esenin [Yesenin], 18 years her junior, with his “beautifully depraved face”, the only man she married. Their violent relationship ended in divorce in 1924, and his suicide a year later.

Between these extremes came a father-figure, Paris Singer, of the sewing-machine family, her ‘Lohengrin’. He set her up in luxurious mansions, in France and England, equipped her schools, and provided her with enough money to dress at Poiret, the Parisian couturier. Their son Patrick, born in 1910, was accidentally drowned with his half-sister Deirdre and their nurse, when Singer’s car rolled into the seine on April 19, 1913. “The tears have flowed …” Isadora wrote; indeed the tragedy was the dividing line in her life. A close friend said, “After her children were drowned, she seemed to go rapidly further and further away from reality … her best hours only during hard work and dancing … Lovers, lovers, and wine with nothing allaying the hunger and thirst in her.”

She claimed she had a third child in 1914, the result of a brief liaison described as an encounter with a beautiful Italian sculptor on a beach. The infant died within a few hours of birth – “in that death it was as if the others died again …”

How in any dramatic work, let alone ballet, can one encapsulate such a personality, such a life? One of MacMillan’s most daring solutions is to use both a dancer and an actress. The spoken words are authentic, from the autobiography and reported conversations, not used in chronological sequence, but to illuminate incidents, thoughts, memories, moods.

There remain great problems in telling so rich a story through stylised movement, requiring choreography of fearsome variety; the dancer’s own style, which can only be impressionistic; the basic narrative movement for story-telling; the mixture of national and contemporary dance forms for set pieces.

Above all there are scenes of tragic symbolism, and as leitmotif, a series of passionate pas-de-deux. The demands on the Royal Ballet are prodigious. It becomes clear why MacMillan commissioned an original score from Richard Rodney Bennett, including songs; where could we have found existing music combining all these disparate requirements?

The problems for the designer are equally daunting. Australian-born Barry Kay, designer and photographer, is a brilliant manipulator of theatrical space.; from early experiments in free-standing structures he developed the astonishing sweeping, skein-like setting for the earlier ballet Anastasia, a ‘mind landscape’, where projected newsreels and photographs echoed the confused memories of the demented heroine.

In Isadora there are 26 changes of scene, some lasting as little as 90 seconds, and hundreds of costumes. To facilitate the narrative flow Kay invented a permanent structure holding a light curtain, mechanically manipulated for instant change of location. Wire cages, visible to the audience, hold all the props, moved by dancers integrated into overall choreography. And to suggest the more abstract nature of thought, premonition, memory, spiritual experience, Kay has elaborated earlier use of filmed, projected material.

The complexity of the means used by MacMillan and his collaborator was foreseen by Isadora: “… at each point of view others see in us a different person … it seems to me there are not one, but hundreds … if we could see a psychical cinematograph of our lives would we not be amazed and exclaim – ‘Surely that did not happen to us!'”