Detailed records about Barry Kay’s work and professional activities are compiled in the itemized Biography.

Born in Melbourne, Australia, in 1932, Barry Kay was a Stage and Costume Designer who achieved international recognition and acclaim for his cutting-edge contributions to the performing arts. Well into his career, a birthday gift of a 35mm camera unexpectedly triggered his vocation for Photography, a medium he pursued concurrently to designing for the theatre. Kay died in London, England, in 1985.

Barry Kay received his initial education during the late 1930s at the Ecole Internationale de Genève, a Swiss boarding school. Upon his return to Australia he first attended Glamorgan Primary School for Boys, and later on Wesley College, both Melbourne, until the end of 1948. With his interest in music, namely piano and composition, he won a price at Wesley College for “an original work of a remarkable composition of music” – Concerto in G Minor.

Eventually Kay returned to Switzerland to study music to become a composer. But after a while his interests developed into a different direction. He decided, albeit with a propensity for stage design, to establish himself as a painter, abandoned his music studies and resettled in Australia, where he matriculated at the Melbourne Technical College for an education in art and design.

At that time, while assisting the theatre designer Kenneth Rowell, Kay became acquainted with the Scottish-born choreographer Walter Gore. Recognizing Kay’s potential, Gore suggested that the ‘Melbourne Tech’ – which, much to Kay’s later amusement, intended to expel him for apparently lacking the talent to draw – was not the venue of choice to attain a thorough arts education. Kay ultimately quit and left for France to continue his studies, upon Gore’s advice, at the Académie Julian in Paris in the early 1950s.

Following his stay in Paris and back in Australia, Kay began making a name for himself as a painter. He exhibited widely and also attracted corporate business, which secured him prestigious design commissions. All the same, Kay’s fascination with the theatre ran just as deep.

But it had not been until he rekindled his affiliation with Gore, and occasionally designed for him, that he discovered his true calling: Stage and Costume Design. Influenced by the neo-romantic currents of the late 1940s and early 1950s, and inspired by the works of Christian Bérard and Antoni Clavé, his first-ever noteworthy design for the theatre was Soft Sorrow, which he created for Gore and his Melbourne-based company, the Australian Theatre Ballet, 1955.

In 1956, Kay made London his permanent home, where he designed for, among others, The Old Vic, The Royal Shakespeare Company, Western Theatre Ballet (now Scottish Ballet), The Royal Ballet, The Royal Opera and Sadler’s Wells Opera. Internationally he worked for The Australian Ballet as well as for opera houses and their ballet companies, including the Wiener Staatsoper, the Deutsche Oper Berlin, the Staatstheater Stuttgart, the Opéra National de Paris and The Metropolitan Opera House in New York.

Kay’s enormous creative output clearly demonstrates his development and steady advancement. His career could roughly be divided into three overlapping periods: 1. the Early Period of seeking his artistic orientation – lasting from around 1953 to 1958/59; 2. the transitional Middle Period of gradually breaking away from conventions in stage design such as mere painted sets – lasting until 1964; and 3. the Late Period during which he exclusively designed constructed sets – terminating with his death in 1985. 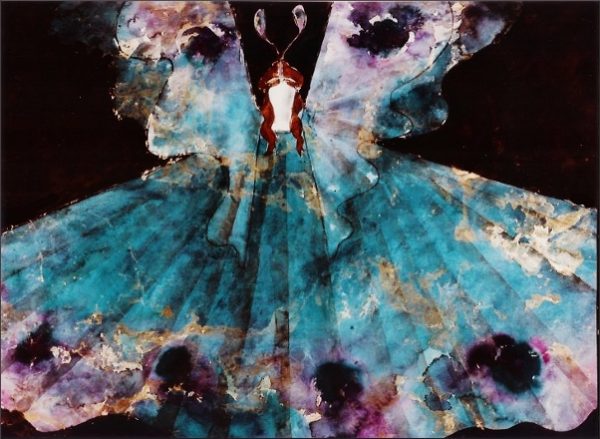 In Pursuit of Ideals in Theatre Design

With his intuitive vision – never short of creative ideas – Barry Kay contributed immensely to the performing arts. His inspired and subtle designs for the stage, imbued with profound understanding and compassion, ubiquitously reflect his introspective nature as much as his finely tuned perception. His ability of identifying with man’s nature, his characteristics, also his quirks and predicaments, or with circumstances forming the settings for specific events, invariably found expression in his designs.

Combined with an extraordinary comprehension of stage space and its use, he specifically excelled in designing for the ballet. In matching his exquisite flair for period and imaginary fashion with his extensive knowledge of fabrics, their diversified inherent properties, and of dress constructing and tailoring, he created ravishingly beautiful costumes. Having held the view that sets and costumes must complement each other, he always treated them as inseparable, thus achieving a coherently harmonious single entity.

Firmly intent on working for the theatre, Kay’s perception of sets design extended far beyond the then-accepted norm of visual stage presentations – a world of uninspired décor steeped in bland and unimaginative design concepts. Surprised by the noticeable lack of meaningful sets, particularly evident in the narrative ballet, he began questioning traditions and conventions. Motivated by ambition and an enthusiasm for innovation, and inspired by the ideals and ideas of the Russian Constructivists, he avidly championed a fundamental change by setting out to pioneer three-dimensionally constructed sets.

In winning their realisation, Barry Kay revolutionized stage design for the ballet almost single-handed. His notable breakthrough he achieved with his designs for Kenneth MacMillan’s Images of Love (Royal Ballet, 1964). Eventually, he devised sets on a scale hitherto not seen. Some outstanding examples are Rudolf Nureyev’s Raymonda Act III (Royal Ballet, 1966) and Tancredi (Wiener Staatsopernballett, 1966), as well as MacMillan’s The Sleeping Beauty (Ballett der Deutschen Oper Berlin, 1967) and his three-act version of Anastasia (Royal Ballet, 1971). The designing of the film version of Nureyev’s and Robert Helpman’s Don Quixote (Australian Ballet, 1973) Kay viewed as his ultimate challenge.

Kay’s extraordinary accomplishments in changing the nature of theatre design, especially in terms of three-dimensional sets for the ballet, and his exquisite costume creations, have left an enduring impact on the presentation of the performing arts. The fact that two ballet productions designed by him – Raymonda Act III and Don Quixote – are still in the repertoire today speaks for itself. 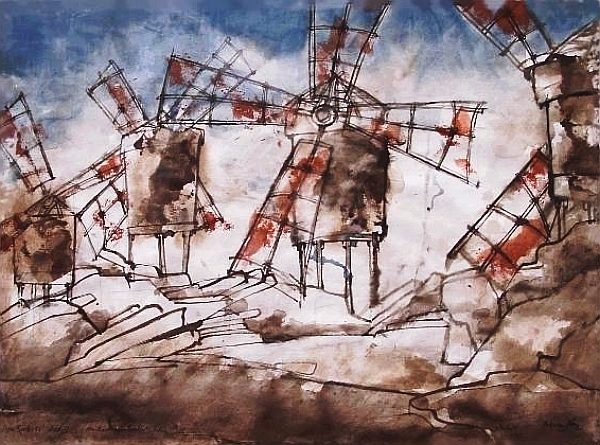 Barry Kay’s impressive career in Photography commenced in 1973. The sensitivity evident in his designs for the theatre he also brought to bear in this medium. His ceaseless interest in and fascination with human nature found expression in the most remarkable socio-anthropological studies and documentaries.

Kay’s portrayal of Sydney’s diverse transvestite and transsexual community, As a Women, bore witness to his talent as a photographer. In 1976, the documentary was published on three continents and subsequently exhibited internationally in altogther five countries. In depicting his subjects in their humanity and making his work publicly available, Kay was groundbreaking in supporting the acceptance of a social minority with ripple effects lasting to this day.

In 2009, C International Photo Magazine, Ivorypress, London & Madrid, posthumously published a portfolio of a selection of portraits featuring in As a Women. In the introduction, the editor-in-chief observes: “Barry Kay’s work is surprising… with a pronounced cinematographic approach and great sensitivity to black and white [photography], he… portrays the complexity of a community… with undeniable courage and aesthetic beauty”.

When once asked about his motivation of photographing subjects of this nature, Kay succinctly replied: “I love humans”. This statement constitutes the very precept underlying and permeating all of his photographic creations. 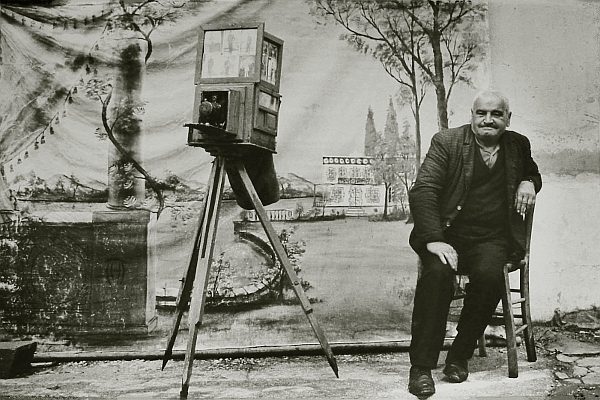 Westdeutscher Rundfunk (WDR), Cologne, commissioned a TV documentary about Kay and his work in 1979. First aired in 1982, it was later televised by the Australian Broadcasting Corporation (ABC) and the Association Relative à la Télévision Européenne (ARTE), the Franco-German arts and culture TV network.

In 1982, the National Gallery of Australia acquired around 150 of Kay’s designs “in recognition of his important and influential work as a designer for the theatre” – a cross selection of works spanning his entire career.

In 2006, the National Library of Australia, who, among others, is committed to preserving electronic publications of lasting cultural value, posthumously identified Barry Kay’s artistic accomplishments as “heritage of national significance with long-term research value.” 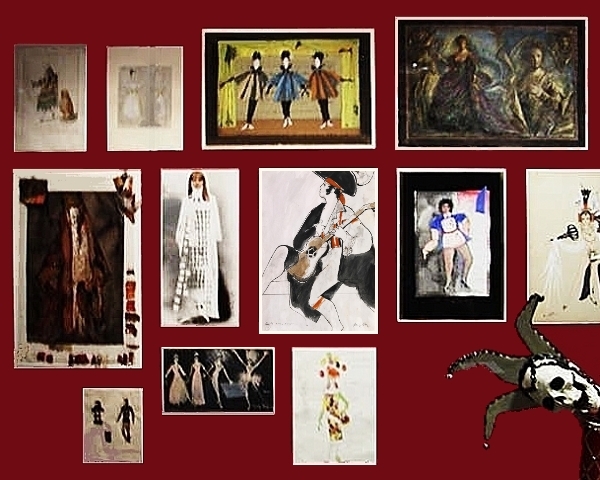 All designs and photographs created by Barry Kay as well as his writings whether displayed on this web domain or in any other form or medium including the design and contents of the online publication of the Barry Kay Archive constitute Intellectual Property and are protected by Copyright and their use for reproduction and publication whatsoever and wheresoever whether commercial or non-commercial is not permitted without prior written consent by the Barry Kay Archive. – Please direct inquiries to the Curator.

The Barry Kay Archive is a non-profit-oriented organization. The contents of its electronic publication is solely intended for the purpose of information and education. Text quotes and images by third parties displayed on this website only serve to elucidate Barry Kay’s work, or to place his ideas and designs into the perspective of their analogues on stage. While credit is given wherever possible, objections to the use of such text quotes and images should be directed to the Curator. – The Barry Kay Archive is not responsible for the contents of external websites and for broken referral links.