At the beginning of his tribute to Barry Kay, Kenneth MacMillan is either referring to Bal de la Victoire or to Sound Barrier, two ballets designed by Kay for Peter Darrell and Western Theatre Ballet (now Scottish Ballet) and the Sunday Ballet Club, respectively. Both productions were premièred in London in 1960.

The working relationship between MacMillan and Kay was unique in that their finely tuned comprehension of each other’s intentions provided MacMillan with new choreographic inspirations and Kay with the opportunity of exploring unknown territory of innovative ballet design, namely three-dimensionally constructed sets, in which he excelled as much as in designing ravishingly beautiful costumes.

I first saw a production designed by Barry Kay in London in 1960. It was obvious that here was an artist of great talent, with concern for historical detail and a secure knowledge of how costumes should be made for the theatre.

The first work I asked him to design was Images of Love, part of a Shakesperian triple-bill for the Royal Ballet, and for me a breakthrough in three-dimensional set design.

Since then we worked together on eight ballets, the one-act Anastasia for Berlin, Suttgart and American Ballet Theater, Miss Julie for Stuttgart, The Four Seasons and Métaboles for the Paris Opéra and for The Royal Ballet, Solitaire, the full-length Anastasia, and Isadora which was subsequently televised. At the time of his death we were working on a revival of his three-act Sleeping Beauty, originally seen in Berlin and probably one of the most spectacular ballet designs ever produced.

I always found that in working with Barry not a lot needed to be said. He intuitively knew my aims, his response to the music was closely allied to mine and his set models and costume designs so clear and evocative that the task of choreographing was made much easier.

He designed not only many ballets but plays and operas, and in recent years he has had a successful career as a photographer, bringing to that medium the same sensitivity, perception and wealth of ideas that have made him such a valuable asset to the theatre.

It is often difficult for working relationships to develop into real friendships, but this one did and I am personally shattered by his death.

It is a tragic loss that will be shared by theatre lovers the world over. 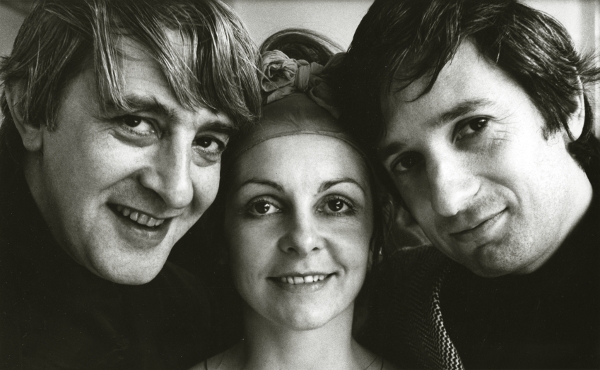