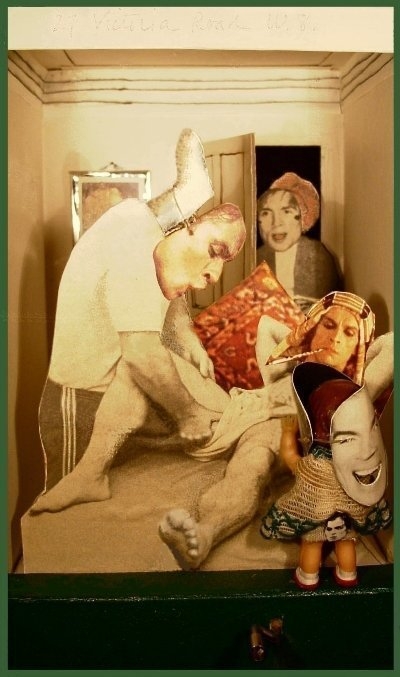 In this bizarre set-up the couple is portrayed wearing masks of Rudolf Nureyev to emphasize what had been perceived among some ballet insiders as overzealous and ambiguous attention to the dancer. The critic is shown as a brazen physiotherapist, specialized in therapeutic massage, to convey, by satiric implication, the sort of speculation and rumour that were circulating.

Assembled in a shoe box with a concealed musical device, the scene is a 3-D collage of magazine cut-outs from a reportage about Ken Russell’s biographic film Valentino, starring Rudolf Nureyev as Rudolph Valentino.