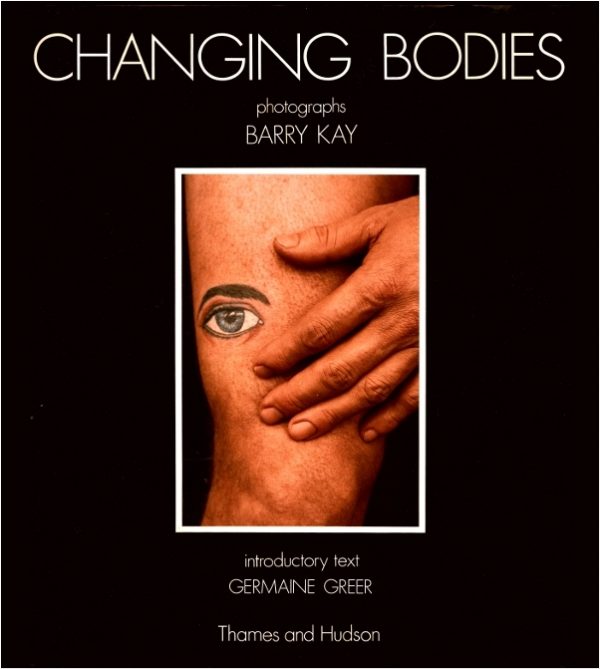 A comprehensive account of extraordinary images and compositions illustrating the human endeavour of beautifying, transforming and remodelling the body by means of, among others, make-up, tattooing, piercing, body-building and extensive corrective surgery.

Thames & Hudson, who were to publish the work, had already advanced to the stage of final plate mark-ups but then, unable to find a suitable co-production deal, abandoned the project. Kay’s untimely death unfortunately prevented him from pursuing its publication elsewhere.

Changing Bodies was to be prefaced with an introduction by Kay’s friend, Germaine Greer. In it she explores, inter alia, parallels such as between the African Nuer and western consumer societies, juxtaposing their respective purpose and meaning of body art and, as the case may be, mutilation in relation to the images captured by Kay.

However, as a result of the publishers’ decision to halt the project, Greer withdrew her script. Eventually, in 1986, she published it independently under the title “One Man’s Mutilation is Another Man’s Beautification”, appearing in her collection “The Madwoman’s Underclothes: Essays and Occasional Writings, 1968-1985” (Picador, London, ISBN: 0 330 30149 7).