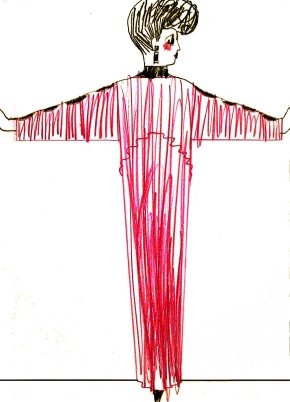 Two versions of a costume design for Dominique Khalfouni, dancing the single female role in this ballet 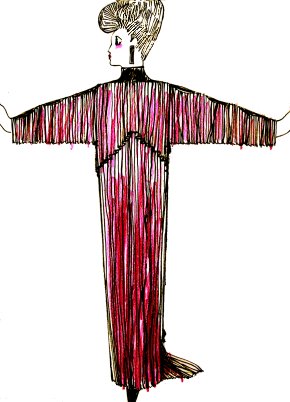 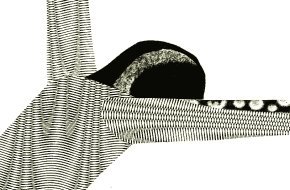 When working closely together, as did choreographer Kenneth MacMillan and designer Barry Kay, it is not uncommon that both influence one another by contributing new impulses and ideas. This can sometimes lead to situations in which each finds himself needing to pursue a very different work concept than at first envisaged.

One such incident presented itself when Kay demonstrated his set model for Métaboles to MacMillan. Both had been working concurrently on their respective ideas up to that point. While MacMillan was still in the process of creating the choreography, Kay had already produced a definitive model, along with a range of costume designs, consistent with the former’s ideas for a surreal and bizarre ballet in which, tapping into the subject of cannibalism, five gentlemen are taking a lady as their meal.

Upon seeing Kay’s model, it so happened that it ultimately inspired MacMillan to change part of his choreography. This in turn required Kay to abandon his costume designs for the male dancers shown above and consider contrasting their attire so as to bring it in line with the newly adapted choreography.

Subsequently, they both settled on formal attire of black tails for the five gentlemen to accompany a plain but elegant outfit for the single female character, together with ancillary apparel and coiffures fashionable between 1910 and 1920.