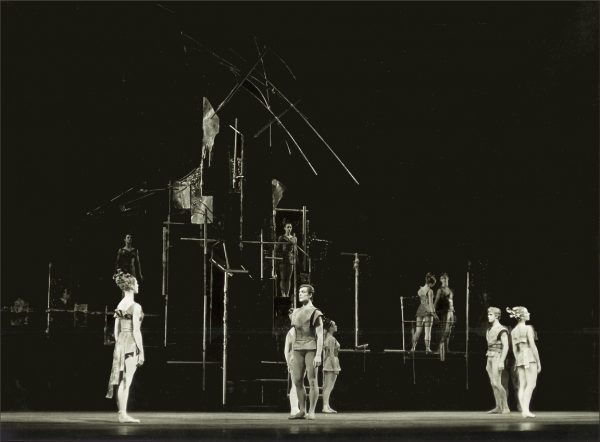 The three-dimensionally constructed set of this production represents Barry Kay’s notable breakthrough in bringing about a fundamental change in ballet design, as opposed to conventional flat-wings scenery.

Images of Love represents Barry Kay’s first notable breakthrough in pursuing three-dimensional scenery design for the ballet on a larger scale. By introducing architecturally constructed elements, he pointedly steers away from the convention of mere two-dimensional painted backdrops, wings and borders, which, in his view, had traditionally only served to reduce production costs and to facilitate the expeditious dismantling of sets – both in favour of the opera.